Other side of the talent 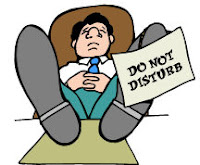 We always speak about employee engagement, employee satisfaction, talent management and everything about the talent. Off course, it is very important for success of the organization. However we rarely speak about employer satisfaction and employer expectations. We rarely speak about the human nature of indiscipline and the tendency of dissatisfaction. We rarely speak about the checks & balances on the talent and we rarely speak about the bottom 10 employees in the organization; and what’s about employees who are miscreants in the organization?
Recently one IT company in Pune filed a case against Sr. Customer Support Executive who absconded with laptop and data of the company. I have one case where one female employee (who worked with Wipro- Hyderabad as a recruiter) joined us. After joining she took the loan, applied for a leave for two months and then absconded at with her husband. Such cases are increasing day by day. Employees expect that company should be transparent and open but they don’t want to be transparent with the company.
Theory X and theory Y (of Douglas McGregor) explains the style of managing people. X type of style, believes that average employee does not like to work, people normally are not self motivated. They are undisciplined and they have the tendency to cheat the people. They can not work without supervision and they like wasting time and spent their time on gossiping. Still these people expect security.
Y type of style, believes that by nature people like to work, they can be motivated if they are involved, they like to take responsibilities and they should be managed properly.
Employees come from different cultures; their behaviour is the result of influence of their family, school, surroundings. Human being has the tendency to be influenced by the dominated and assertive people. Trade unions, politics and social work are the best examples of this.  Even Big Boss is the best test lab for this. Majority of people in society and organization choose to be silent.
And this is the problem in society and even in organizations. The main challenge in talent management is to deal such different personalities. The first belief, we HR professional should have that every human being is unique. While dealing these personalities, general rules will not apply. You have to find your own style to deal such people.
The first check point, gate keeping is your hiring process. I think we need to go beyond the competencies and also assess the candidate on their behaviour which we normally don’t do. We assess competencies, we assess knowledge, skills, but we do not go beyond this.
We also need to give the strong message to such employees.
Written & Posted by Vinod Bidwaik on Saturday, November 27, 2010 5 comments: 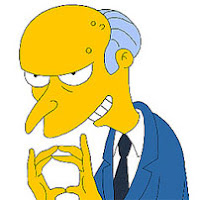 In the recent episode of Bigg Boss, Samir Soni and Dolly Bindra are evicted. I can understand that Dolly Bindra deserves for the same. But Samir Soni? Samir chose to be socially active and exhibited the guts and courage to confront Dolly Bindra. He was the only person among all housemates who took stand on time to time. But how many people have such courage?
There are lot of people who do not have courage and guts to come forward and speak on the issues they face. White collar people have the tendency to be anonymous. Society is the group of people; every human being in this bunch has their own disposition. Silent is the only common among all. They do not speak. They may be more concerned about themselves and their family which everybody should be; but they do not have any concern about the whole society. They do not know their own rights. If they know rights, they do not want to be accountable. They may speak about their rights and authorities, but hardly speak about accountabilities.
I term this as the attitude of Socially Inactive.
During my college days, I was leading one chapter of international social club. We had almost 150 members, but the active members were hardly 1%. Other members were only concerned about news in media. They would ensure that their name is mentioned in news.
In housing societies, nobody wants to sacrifice their Sunday for society work. They will not attend meetings, they will not even bother what’s happening around. But if something goes wrong with them, they will expect other members to come forward.
I surprise, when people do not bother about sad incidences happened in neighbor’s house. When somebody wants to do something, these are the people who will be anonymous and will criticize the other person.
Children observe this and their mind is conditioned that my parent are in their world, why I should be outsider.
They have lot of reasons, “We do not get the time.” Oh really?
Do we have a social responsibility? In corporate world the companies run the programme, “corporate social responsibility”. Unless you make the participation compulsory, employees will tell you lot of reasons for not attending or participating in such programmes.
I wonder, in future we all will be alone on this planet.
Written & Posted by Vinod Bidwaik on Friday, November 19, 2010 3 comments: 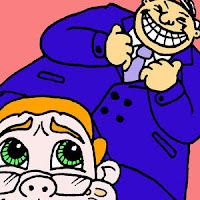 “I am fade up with poor jokes which he cracks. I have to laugh unnecessary. I never liked that.” one employee had told me the reason behind his resignation. I don’t know the real reason behind his resignation. People sometimes share peculiar things about the organization, team and their bosses when you speak informally with them on a lunch table. Sometimes their comments are weird, but can help you a lot to improve the behaviour of managers.
“He is so perfectionist that I can not tolerate it more. Does the font size & colour matter? He asked me to rework 3 times on data due to this reason!” One employee shared. There are different management styles people follow. I am not talking about the formal and professional management styles. There are different customized styles; managers adopt to survive in the organization. Nourishment of these management styles are done by the culture of the organization.
If you are in a canteen, cafeteria or near water cooler, you will listen comments similar as mentioned below.
“He likes YES MAN and I am not a YES MAN, hence I decided to change the job.” – Isn’t it Yes Sir Management Style?
“I don’t know what I am doing. He calls us for the meeting and speaks for a day. These all are sermons. Are we here for listening sermons? After the sermons, we ourselves have to do the work.” – Management by Sermon!
“Whenever I go for asking something to him, he tells different reasons for not doing that. He has lot of excuses with him for anything.”- Management by excuses!
“He called me yesterday at home in the morning and wasted my 2 hours. He spoiled my Sunday. My husband was very unhappy with this.” One women employee had shared with me sometimes 3 years back. The person had to call employees (mostly female employees) to get the information about other employees. – Isn’t it Management by (only) Networking?
“See his style; he knows everything about his boss. He knows his favourite food, likes and dislikes. As he does this all for, he also expects same from us.”-  Management by cheering
“He does not know the market, he believes only on paper and everything in black and white. He should understand that there is gray colour also in this world. He knows only policies, procedures and rule book and insist them on us” – Management by rules?
Employees try to adjust their styles with these management styles. But when such styles become habits of the person, employees get frustrated while tuning their style with others. This is tagged as unprofessional and can be the reason of leaving the job.
Written & Posted by Vinod Bidwaik on Friday, November 12, 2010 18 comments:

Rajya Sabha passed the Women’s Reservation Bill in March ensuring 33% reservation. Lok Sabha has not arrived on the consensus yet to pass the said bill.
Cabinet is likely to take the Prevention of Sexual Harassment Bill for approval which will be tabled in this winter session. 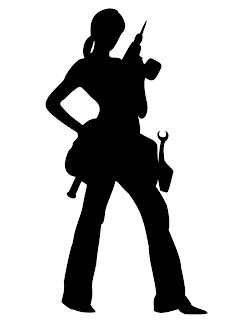 In , women are already making their identity in Panchayat Raj (ZP, Panchayat Samities, Municipal Corporations and Grampanchayats).
President of , Speaker of Lok Sabha and President of major ruling party are Women and few of them are termed as powerful women.
CEOs of Most of the private banks are women. Women are really making their space in Indian society including politics and corporate.
In labour force 51% are women. In , still long way to go….but improving a lot.
Watch the TV commercials. The commercials are targeting women viewers.
Women make most of the purchasing decisions in everything from cars and computers, to real estate and tourism. They also are majority of Internet users and dominate the leading social media websites.
Fortune 500 Companies with more gender balanced leadership teams outperform their peers financially.
And most importantly, HR forums are dominated by Women.
All of these factors unite to create a huge and unmet opportunity: the massive arrival of women into the same economic roles as men. A whole part of the human population has been (rather suddenly) added to the sum total of human potential, innovation and creativity—for the very first time. And this shift is often seen as interesting but not paradigm-shifting. Yet it has consequences.
The subject of women and gender has long been discussed as an interesting but somewhat minor issue in the business world. It has been variously seen as a diversity issue, a Human Resource issue and an ethical debate about equality and equity. The growing economic, political and social consequences of women’s changing roles have not always been very clear to the people currently in power. Yet the issue of gender in the 21st century represents a major political, economic and social discontinuity. I think of it as one of the 2 W’s that is changing the lives of countries, companies and couples all over the planet:
1. Web: The technological revolution, the rise of the internet and the instantaneous inter-connection of people around the globe.
2. Women: the massive arrival of women into the economy and the resulting shift in gender roles and power, and the growth of the sum total of human intelligence
Getting these 2 W’s right is the key to unlocking huge opportunities and avoiding some of the biggest risks we have yet faced as a species. And getting them right will take the energy, understanding and commitment of both halves of the human population—the male and female.
The question is how to do this…..
Written & Posted by Vinod Bidwaik on Sunday, November 07, 2010 7 comments: 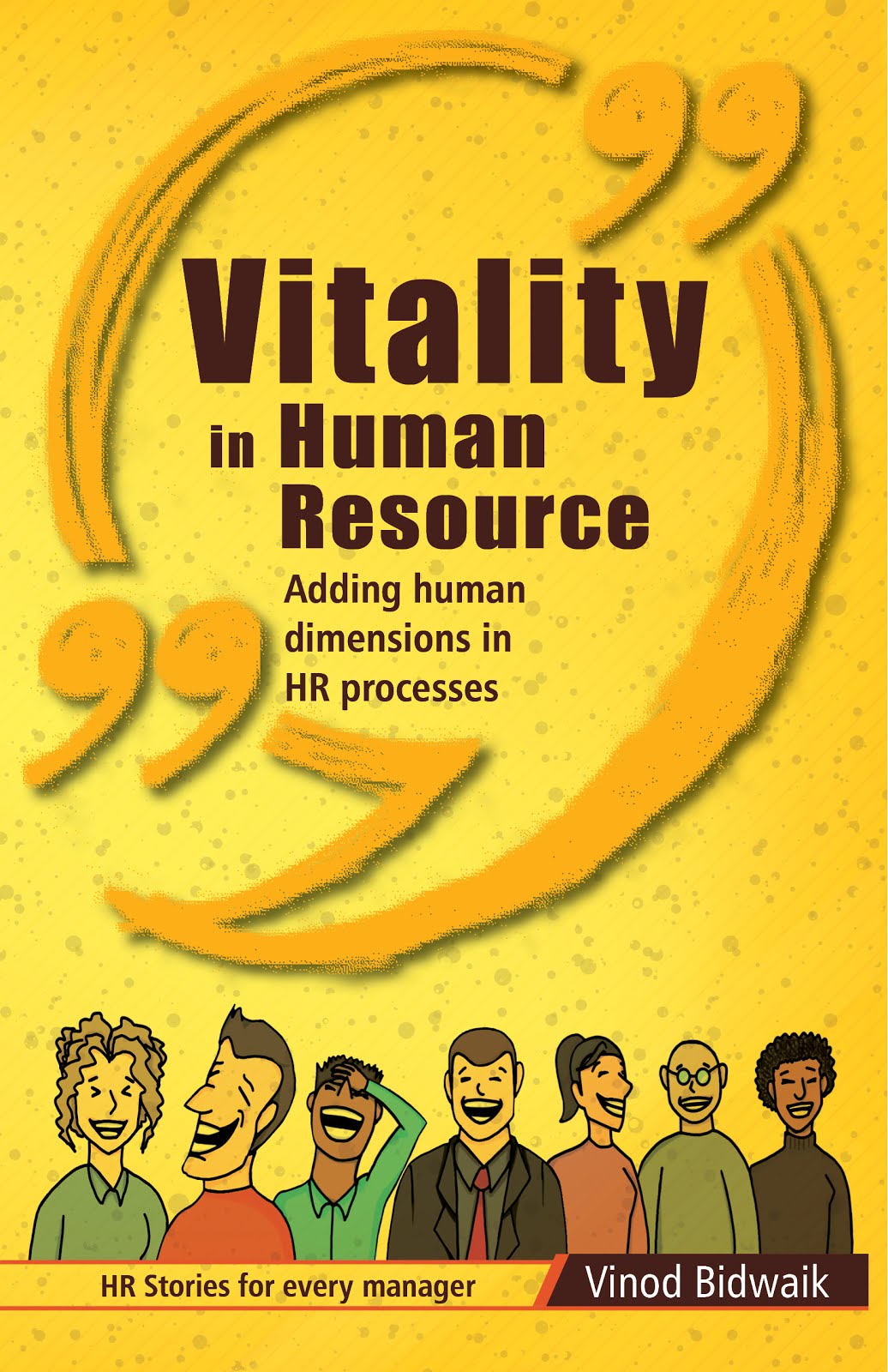 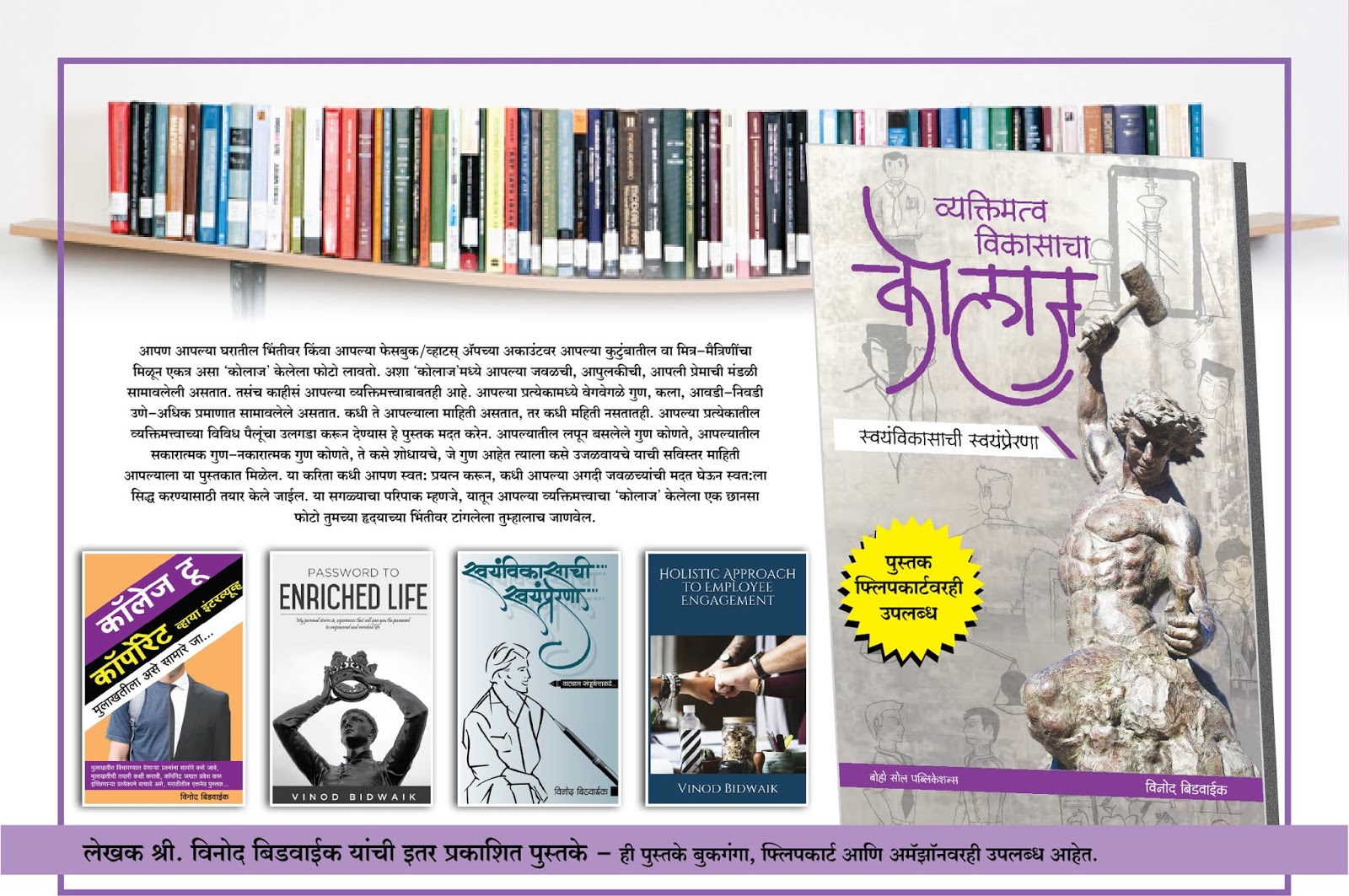 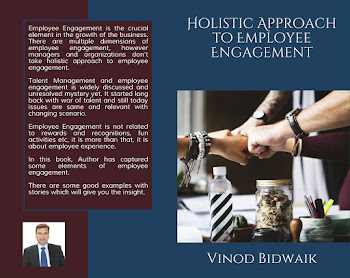 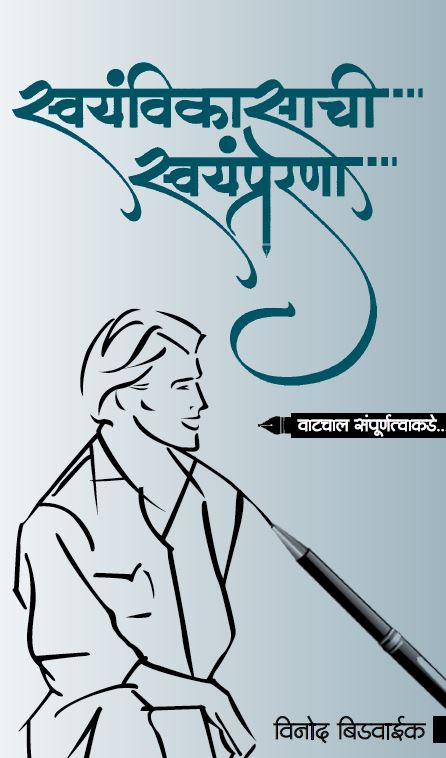 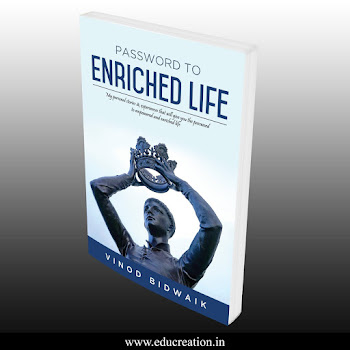 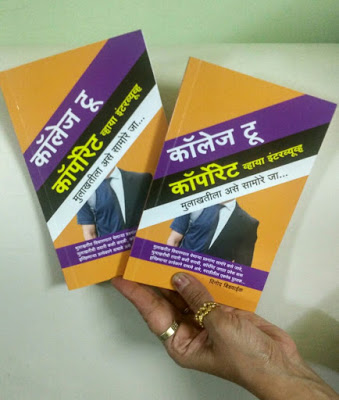 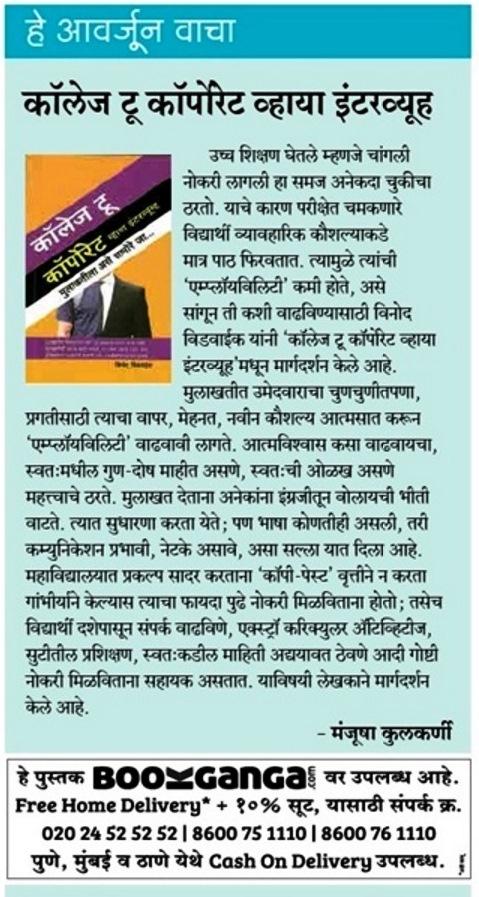